Philip Serrell and Roo Irvine advise two teams hunting antiques in Southwell, Nottinghamshire, before heading to Bishton Hall in Staffordshire for the day’s auction. Host Christina Trevanion monitors events and also discovers the origins of the popular Bramley apple
07:15
Make It at Market

Recently diagnosed with autism and dyslexia Shannon has only ever given the hand turned bowls she makes on her incredible foot-powered pole lathe as presents. Dom Chinea and mentor Alice love her work and the way she produces it and want to convince Shannon that she and the bowls she creates are much more marketable than she thinks. Successful musician Ryan wants to quit touring to spend more time at home with his young family and hopes an upcycling business will make that possible. Mentor Zoe can see his work is high quality, but is worried his style doesn’t stand out from the crowd
08:00
The Smeds and the Smoos

Animated adaptation of the best-selling children’s book by Julia Donaldson and Axel Schiffer, an intergalactic adventure about two different alien species who must learn to overcome their differences and work together to find a young boy and girl who have run away from their warring families. Narrated by Sally Hawkins, with the voices of Adjoh Andoh, Bill Bailey, Rob Brydon and Meera Syal
08:30
Tom Kerridge: Lose Weight for Good

Tom turns the spotlight on the dieters in the group who say they are too busy, or too inexperienced to cook their own healthy meals. He shows the group quick and easy recipes they can make at home, including a ‘cheat pizza”, a pea and ham pasta dish and a low calorie French apple tart. Later, Tom reveals how much weight the dieters have lost in the first month of their weight loss journey
09:00
BBC News at 9
10:00
BBC News

Part one of two. Michael Portillo travels from Adelaide to Perth

Part one of two. Michael Portillo rides the transcontinental Indian Pacific Railway from the southern port city of Adelaide to Perth in the west. Along the way he hears the story of how an enterprising 19th-century Briton with a murky past began to grow vines. Michael enjoys the fruits of his labours and hears his story from his great great great granddaughter. Later, the presenter embraces the luxury of a previous age as he travels across Australia’s notoriously remote and inhospitable Nullarbor Plain
15:45
My Unique B&B

Master craftsman Simon Parfett and his team help people with a little land or a beautiful garden generate extra income by creating their own unique B&Bs. They begin by heading to the picturesque Wye Valley to help George and Al transform their battered old family camper van
16:30
Saved and Remade

A much-loved childhood bike and a wartime Royal Navy kit bag are among the items transformed by the skilled team of crafters into new and useful items for their owners. Sabrina Grant hosts
17:15
Flog It!

From Capesthorne Hall in Cheshire

The actor explores the north-east of England

The actor explores the north-east of England in the company of family and famous friends, showcasing the region’s natural beauty and the important role it plays in relieving stress and supporting mental health. Joining him on the first edition is former Newcastle United striker Les Ferdinand, with the pair beginning by travelling from Bamburgh to Seahouses on e-bikes
19:00
Nadiya’s Fast Flavours

Nadiya Hussain rustles up dishes including a magical custard tart

Nadiya Hussain rustles up dishes including a magical custard tart with a creme brulee twist. Nadiya also crafts a fabulously fancy focaccia. She loves to bend the rules, so instead of sticking with a savoury flavour, she is going sweet. Also, Bolton-based pastry chef Dinesh Patel makes his signature Shrikhand cheesecake
19:30
Mastermind

Specialist subjects include Catherine the Great, and Wallace & Gromit

Clive Myrie invites four more contestants to brave the black chair, who answer questions on the specialist subjects of Catherine the Great, Wallace & Gromit, Egon Schiele, and hyenas, before they are tested on their general knowledge
20:00
Only Connect

The Jillies take on the Strigiformes in the first quarter-final

Victoria Coren Mitchell asks the questions as the Jillies take on the Strigiformes in the first of the quarter-final matches, with a place in the semi-finals at stake. They must use patience, lateral thinking and sheer inspiration to make connections between groups of four things that may appear at first not to be linked, with one set of clues asking what comes next in the sequence of Diaballik, Chess, and Sudoku
20:30
University Challenge

The second round continues

The second round of the student quiz continues, with two more teams of four pitting their wits against one another as they attempt to secure a place in the quarter-finals. Jeremy Paxman asks the questions
21:00
How the Holocaust Began

James Bulgin reveals the origins of the Holocaust in Hitler’s war on the Soviet Union, exploring the mass murder, collaboration and experimentation that led to the Final Solution. It is only in the last 30 years that the scale of the crimes committed in the former Soviet states of Ukraine, Belarus, Estonia, Latvia and Lithuania has started to emerge, while new exploration technology and long overlooked historic aerial photos are making it possible to find the traces of that story
22:00
QI

Sarah Millican, Daliso Chaponda and Rob Beckett join regular Alan Davies on the comedy panel quiz, with Sandi Toksvig asking questions on the theme of tails and tales, with points being awarded for the answers the host finds most interesting
22:30
Newsnight 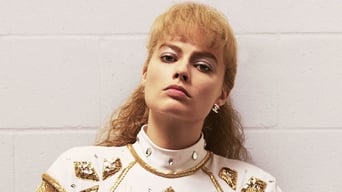 Ice skater Tonya Harding rises through the ranks at the US figure skating championships, but her future in the sport is thrown into question by a shocking incident after her ex-husband steps in. Director Craig Gillespie’s comedy biopic, starring Margot Robbie, Sebastian Stan, and Allison Janney, who won a Bafta and an Oscar for her performance
01:10
Countryfile

John Craven and Charlotte Smith visit Audley End House in Essex, where they help out with winter cleaning and maintenance and examine a collection of thousands of artefacts. Plus, Charlotte discovers the life of a rural midwife and faces her fear of horses, and Adam Henson makes sure his animals have everything they need to get through a cold winter
02:05
Dragons’ Den

Entrepreneurs Peter Jones, Deborah Meaden, Touker Suleyman, Sara Davies and Steven Bartlett listen to pitches from a couple who organise social events for four-legged friends and a 29-year-old with a larger-than-life clothing business. A married couple claim they’ve invented the holy grail for tall people – a decent night’s sleep, while a self-proclaimed accidental CEO aims to give some dignity to those people borrowing money from friends and family. Presented by Evan Davis
03:05
This Is BBC Two